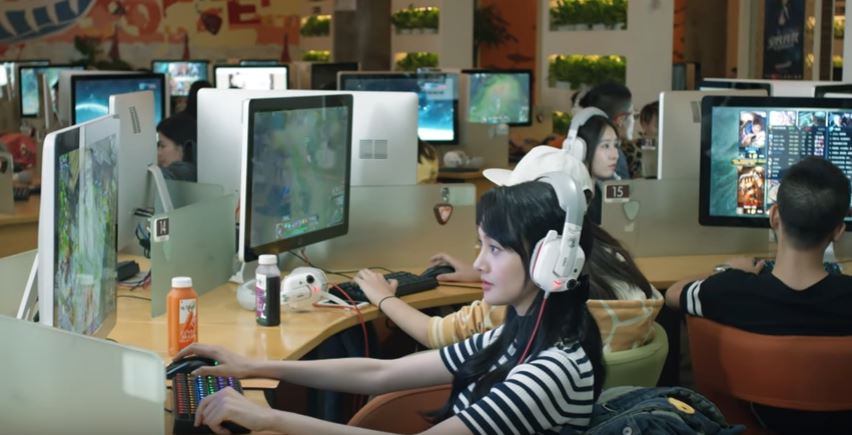 Originally, 老司机 means industry veterans. The meaning is then used to refer to experts within online forums and games. Today, the use of the word has been extended further to include people who are in general knowledgeable and resourceful.

In 2015, Netizens used this word to refer to the online shopaholic phenomenon spurred by the Double Eleven Shopping Carnival, the largest online shopping day in China to celebrate the Chinese Valentine. Today, 吃土means penniless.

This phrase is used to express admiration to something or someone.

碗得服 is adapted from the English word ‘wonderful’ and carries a similar meaning. The word was popularised by a Chinese actor Deng Chao who used this word repeatedly on his Weibo’s comments.

黑凤梨 is adapted from Cantonese and means ‘I like you’. The word came from the lyrics of Beyond’s song 喜欢你 (a Cantonese song) that was displayed as 黑凤梨 in Mandarin during a popular television singing show.

撒狼黑油 is adapted from the Korean word saranghaeyo and means ‘I love you’.

孔雀女 literally means ‘peacock females’. The term is used to refer to city girls who live pampered lives; they do not see the value of money and believe in true love.

凤凰男 literally means ‘phoenix males’. The term is used to refer to men who come from humble beginnings, move to the city, and achieve success based on their own talent and hard work.

This expression in general can be used to describe that one is speechless toward someone or something because one cannot understand it. It can also be used to express contempt.

呵呵originally is used to express laughter or happiness. It now can be used for a range of other expressions, such as to express agreement, sympathy, mockery, or helplessness.

This phrase is adapted from the English expression ‘too young, too simple’ and means exactly that.

Abbreviated as 注孤生, the phrase means ‘forever alone’. It is derived from a popular comic of the same name “Forever Alone’.

宅男 refers to people who mostly stay at home and rarely go out.

我擦 can be used to replace a swear word that at the same time expresses surprise, dissatisfaction, or anger. It is mostly used by young people. 我 can be omitted from the expression.

银 is the equivalent of 人. It is derived from a dialect of Qingdao.

In short, 吐槽 means ‘to ridicule’. It is to describe a deliberate act of exposing the truth in front of colleagues or friends to ridicule someone, causing the other party to lose face.