The Legend of the Cowherd and the Weaver Girl 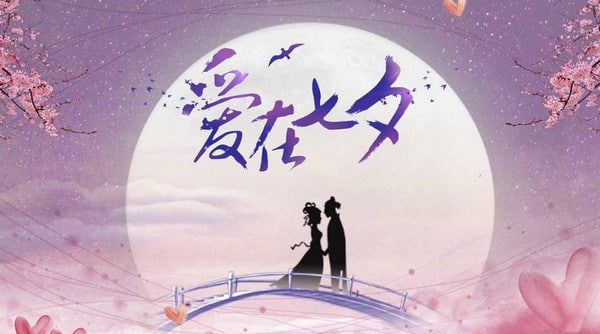 Qixi (七夕qīxī) is known as Chinese Valentine’s Day. It falls each year on the seventh day of the seventh lunar month, hence it is also called the Double Seven Festival. It is one of the major Chinese traditional festivals.

The Legend of Qixi

The legend of Qixi originates from the legend of the cowherd (牛郎 niúláng) and the weaver girl (织女 zhīnǚ), which is a famous Chinese love story and an important part of the Chinese culture to know.

Once upon a time, there was a cowherd named 牛郎 niúláng. One day, he was herding his cow and walked into a forest. There he met a fairy, the weaver girl 织女 zhīnǚ who came to visit the earth. The two fell in love and got married. They lived happily and had a son together.

When the cowherd came home, he panicked as he couldn’t find his wife and son. At this time, his cow magically spoke and asked him to use his hide to make a special basket to carry his son and pursue his wife. And so he did! When he was about to catch up with the guards and his wife, the Jade Empress used her hair pin to divide the milky way and create a river that separated the two of them.

The cowherd and the waiver girl cried pitifully, each on the other side of the river, unable to unite with their loved one. The heavenly magpies, touched by the tragedy that befell the couple, formed a magical bridge that let the cowherd and the weaver girl cross the river and reunite. The Jade Empresses, too, was moved by their love and agreed to let them meet once a year on the bridge on the seventh day of the seventh month.

The love story between the cowherd and the waiver girl is the inspiration to have the day celebrated as a modern Chinese Valentine.