The Korean Festival this year was held in Darling Harbour on a very sunny Saturday, showcasing Korean culture through traditional music and dance, food, handcraft, and K-pop songs and dances. The festival started with the performance of pungmul (풍물), a Korean folk music tradition where a group of people play traditional Korean instruments and dance. The performers wore brightly coloured clothes symbolic of Korean national colours that include sashes in yellow, blue, and red. On their crown, a head-dress with a large white flower hanging (kkokkal), topped with long-ribbon hat (sangmo) that each performer spun in the air like the ribbon of a ballerina. Each performer carried a musical instrument. The pungmul was performed by a group of five called Tuwoolim. The group was led by a performer playing a small hand-held drum (kkwaenggwari), and the other four performers played an hourglass drum (janggu), a barrel drum (buk), a gong (jing), and another small drum (sogo). A trumpet player played along. The performance was closed with an acrobatic act by one of the performers. Pungmul is listed on the UNESCO intangible cultural list. Click on the picture below to watch the video. 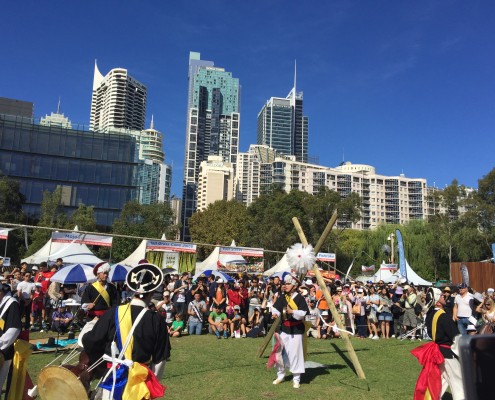 The next exciting show was jultagi, a traditional Korean performance of tightrope-walking performed by Kim Dae-Gyun. The show involved a rope player carrying a fan who joked with the audience, a clown who interacted with the rope player, and a group of musicians playing drums and flutes. Before performing, the rope player performed a ritual to perform the god by offering rice and wine. The audience got to see the rope player walking on the rope, sitting and jumping on it, and leaping with one foot on it. Click on the picture below to watch the video. 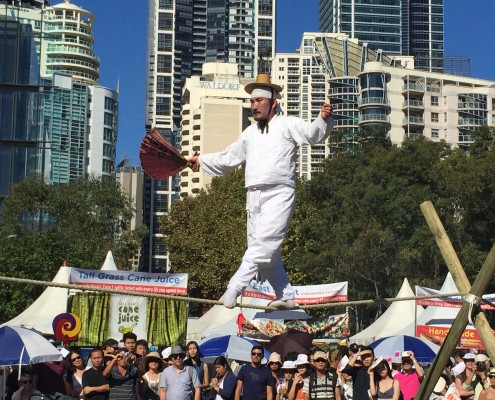 The festival included some food stalls, of which only two sold Korean street food, such as bibimbab, rice served with minced beef, fried egg, boiled spinach, raw mushroom, carrot, seaweed, and lettuce topped with special sauce. One stall almost sold out all their food in the afternoon, leaving a long queue at the other Korean food stall. No fried chicken or BBQ were found. How nice it would be if Arisun, a popular Korean restaurant located nearby, hosted a stall during the festival so that more Korean food could be showcased during the event. And considering that it was such a hot day, having more cold beverage stalls at the festival would be nice. It was a pity many delicious Korean traditional drink and dessert could not be found. 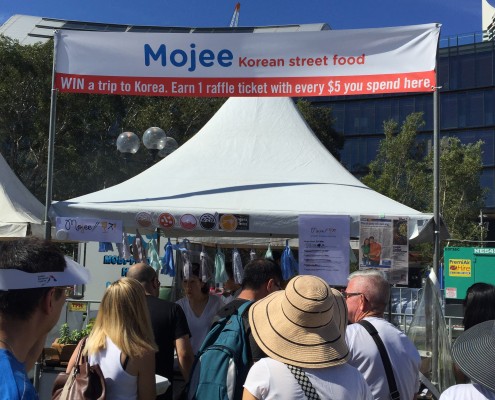 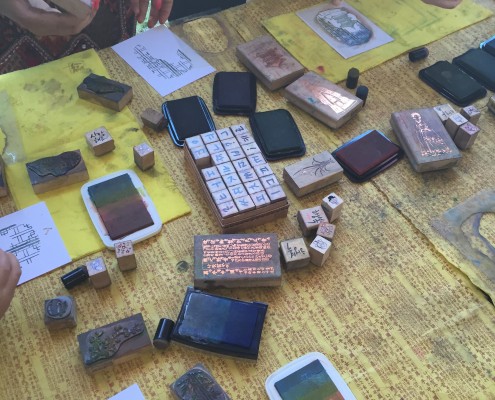 In a large tent at the corner, various tables invited visitors to participate in the Korean arts, such as making traditional postcards, making little hanbok bags, making Buddhist lotus lanterns, and calligraphy. There was also a booth where visitors, males and females, could try hanbok, Korean traditional clothing, of various motifs for free for a photo. Today hanbok in Korea is worn on special occasions only, such as a wedding, a graduation ceremony, or a child’s first birthday. Due to revived interest in hanbok in recent years, modern hanbok is now available as everyday dress. 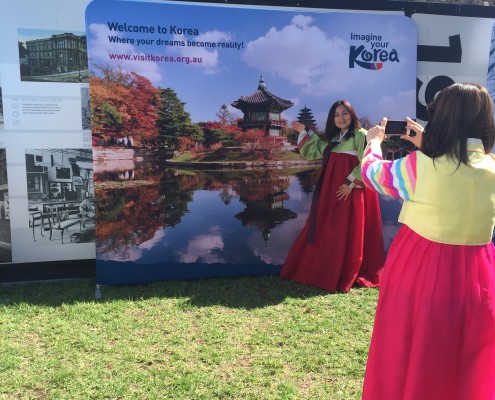 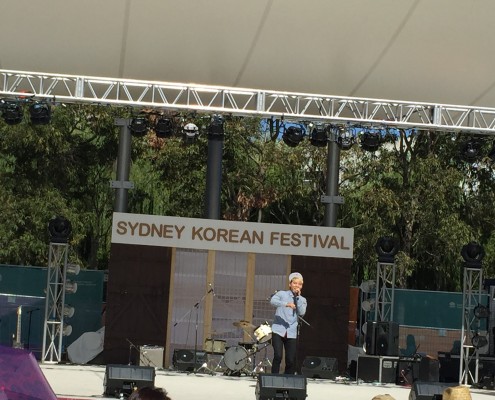 On the stage, various singers and dance groups performed. A group performed to Candy, a song made popular by the Korean boy band H.O.T. back in 1996.

The festival continued until the evening with K-pop competition where groups of boys and girls danced to Korean songs.

8 Tips To Speak Indonesian Like Locals Do Indonesian Culinary Highlights From Indonesian Festival
error: Content is protected !!
Scroll to top