Introduction to the Writing of Chinese Characters:
Radicals and Stroke Order

While English words are composed of alphabet, Chinese characters are composed of radicals. The simplified Chinese radicals contain 214 radicals, ordered according to their number of strokes in the traditional Chinese radical table. For example, radical 一 contains one stroke, radical 二 contains two strokes, radical 三 contains three strokes, and so on. Below is a table of Chinese strokes. Each stroke counts as one stroke.

Many radicals are single characters on their own (such as radicals 一, 二, 三 above). Other radicals are not, but they may provide meaning cues for the character. For instance, the radical讠is used in words such as 语, 说话 meaning language and to speak respectively. Most Chinese characters are grouped as compound characters, meaning they are composed of at least two distinct radicals.

How important is the study of radicals for learning Chinese characters? A study by Marcus Taft from the University of New South Wales and Kevin Chung from the Education University of Hong Kong shows interesting results in regards to the use of radicals in learning Chinese characters amongst adults. The learning of radicals itself without the characters, no matter how thoroughly, is of limited use. Students perform best in recalling characters when radicals are highlighted in their first instance of character learning. Those who are not taught about radicals perform worst in character recall. This study is limited to the memory performance of character writing and meaning.

Other than aiding character recall, learning radicals is also required to look up a Chinese character in a dictionary. It’s a bit like flicking through an English dictionary knowing the first letter of the word you are looking for. You need to know which radical a character is classified under (if you are not sure, try the one on the left or top). You also need to know how many strokes a character contains (similar to knowing how many letters a word contains). 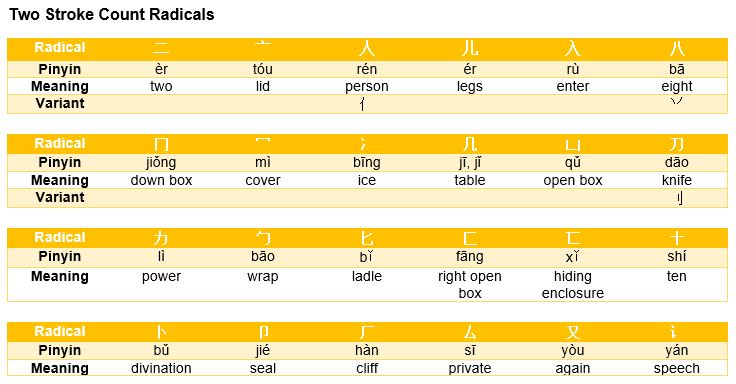 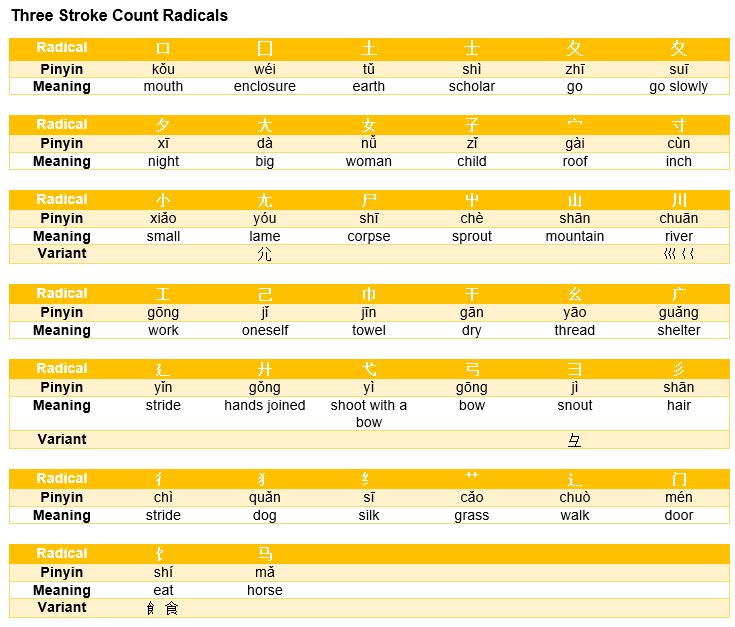 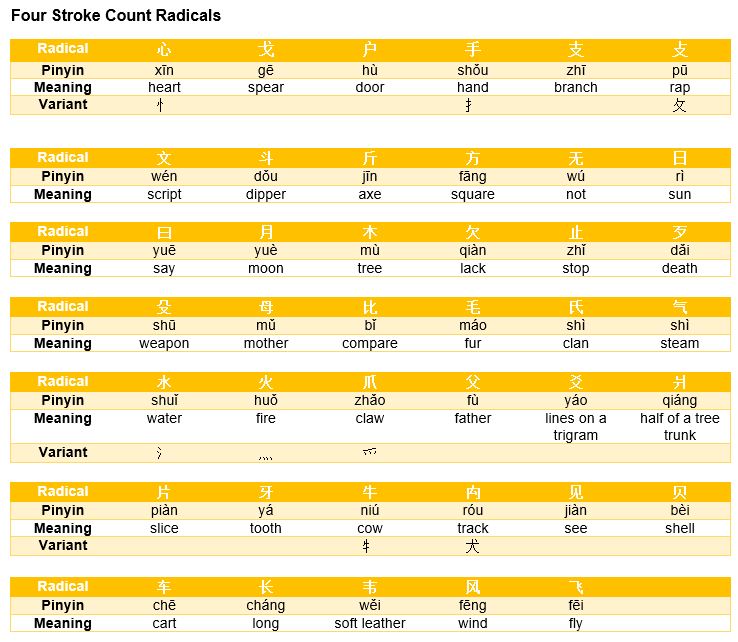 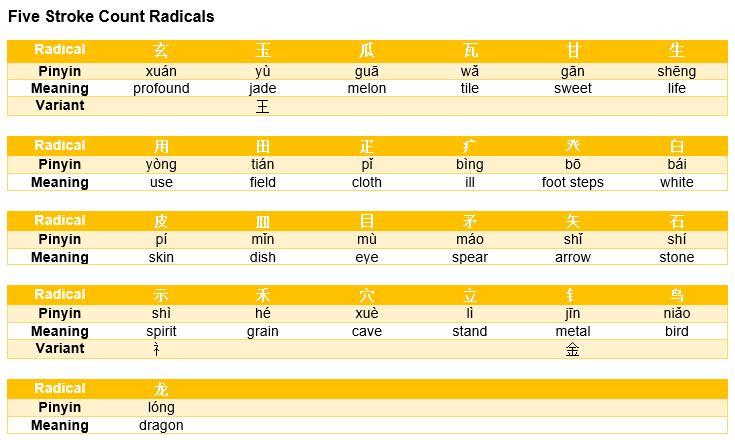 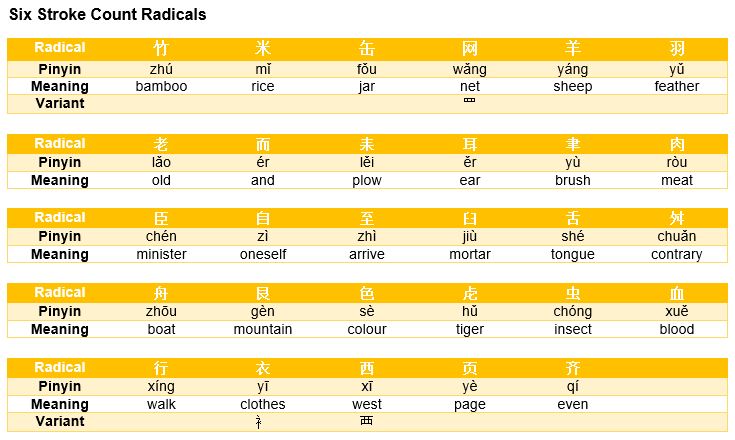 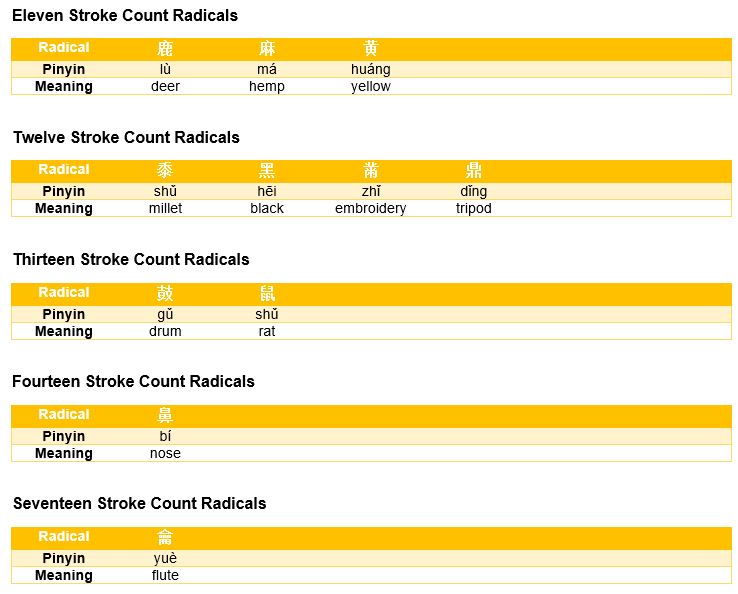 What about stroke order, does it matter? Repeated writing of Chinese characters following prescribed stroke order has been a popular method in learning Chinese characters. This technique can be attributed to the theory that the deeper the level of processing during learning phase, the better the recall. Hence, learning a character’s stroke order supposedly enhances the learning process. Another theory regards stroke analysis to be an important first step in identifying the character, which then activates the meaning and the sound identification of the character.

There are some general rules when it comes to stroke order (笔顺).

The New Practical Chinese Reader Workbook (image shown below), a popular textbook for Chinese courses, encourages learners to practice handwriting in which emphasis is placed upon correct stroke order. 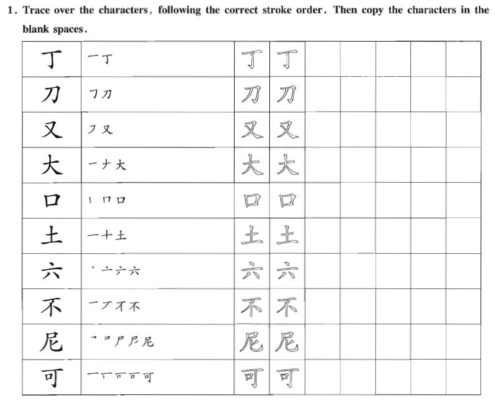 Alternatively, you can also practice writing Chinese characters on your phone using app such as ChineseSkill.

The video below shows the different scripts used in Chinese calligraphy, the art of Chinese writing. 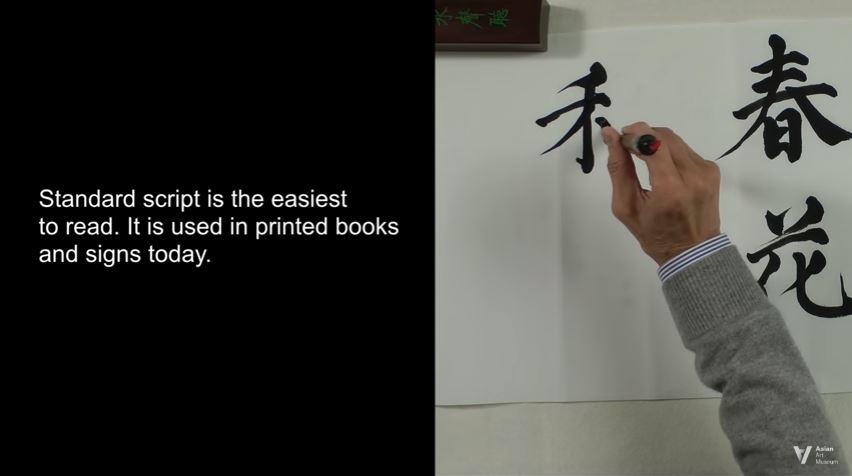 See also How To Learn Chinese By Watching Chinese Movies.