TV commercials are short and contain focused language designed for native speakers. This type of input trains language learners on how the language is used in the real world. TV commercials are also a valuable input on the culture and consumer behaviour of the target language. It is a good way to combine language learning and cultural learning in a very short time. The images and sound used may be different from what learners are accustomed to and this is an excellent exposure for foreign language learners, especially if traveling abroad is not an option and access to native speakers and authentic language is limited.

Culture and language are interrelated. According to Kramsch, culture is anchored in the grammar used, the vocabulary chosen, and the metaphor lived by. When people learn a language, they not only learn to communicate in that language, but learning about others in the process (and learning about themselves). To make language learning using TV commercials useful, teachers should select advertisements that highlight the cultural content of the target language, varying the audience of an advertisement to help learners become aware of its underlying cultural assumptions.

Wahaha’s Eight Treasure Rice Congee (娃哈哈八宝粥) TV commercial is a good one for your Chinese class. The advertisement shows that rice congee is eaten for breakfast in China. The family in the advertisement includes a mother, a father, and a son, reflective of China’s one-child policy until 2016. The product is targeted towards working mothers who would value products that can be easily prepared for family meals. It reflects an increasing participation of women in the workforce in the modern Chinese society. The product contains lotus seeds (莲子), a common ingredient in Chinese food. The depiction of a son instead of a daughter can also be tied to the product name that contains the word ‘treasure’ (宝). The brand itself ‘Wahaha’ contains the laughter sound 哈哈, which associates it with joy, and 娃 which means doll. For a beverage product, a name that associates with play and joy can be compared against international popular beverage Coca-Cola whose advertisements also include themes of fun, joy, and togetherness. 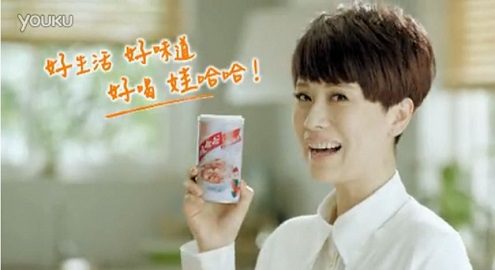 Advertisements reflect the society: their needs, values, tastes and behaviour. At the same time, society is also influenced by advertisements that depict the ideal behaviour of members of that culture. Advertisements could add to strengthening an existing cultural behaviour or modify it. When advertisements are not an accurate mirror of reality of the target language culture, teachers should inform their students as not to teach false cultural assumptions.

McDonald’s launches TV commercials just for the Chinese New Year occasion with the slogan 你就是我的新年 (You Are My New Year), with the words You and Me highlighted. It is targeted towards young working men and women who often cannot make it home to celebrate the New Year with their parents. It also reflects changing social behaviour and value amongst the younger generation in regards to how the New Year is celebrated. Traditionally, this festive occasion is spent together with the family and extended family. This advertisement also aligns itself with McDonald’s positioning in China as a cool spot for the young to have a romantic date and its slogan that contains the word ‘love’. 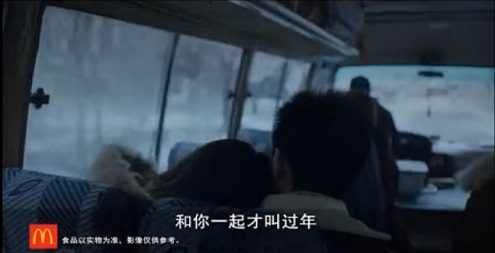 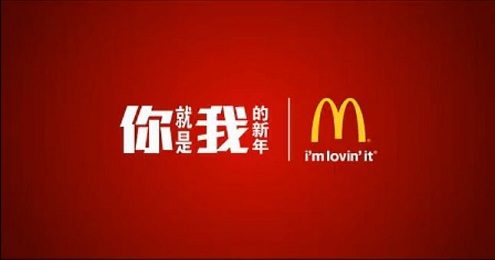 The contents of TV commercials (audio, visual, and written words) are carefully selected to grab viewers’ attention and be memorable. Thus, it is more likely for learners to retain the phrase/slogan used in the commercial, both aural and written. The contents can also be selected so that learners get a chance to learn language materials that is not presented in the language textbook and yet are useful and common for daily life, for instance, technological gadgets, beauty products, household appliances, et cetera. Below are some TV commercials that can be used to learn Chinese words that are more technical in nature. 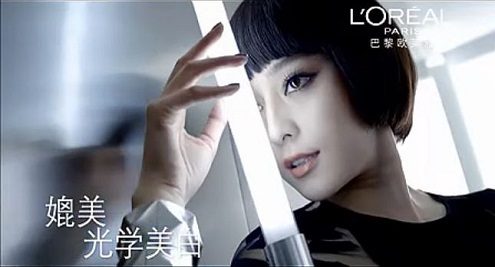 Doering highlights the value of utilising advertisements as a language learning tool: to learn the vocabulary, to recognise the iconic semiology of the culture, and to gain insights into the subliminal communication. TV commercials are an excellent source for language awareness and language play. The use of puns, humour, homonyms, rhetorical figures, historical and literary references specific to the target language culture, among others, illustrates language awareness and language play which will enrich learner’s knowledge of the language beyond the linguistic aspect covered in the textbook or traditional learning resources.

The use of advertisements exposes learners to word play in the target language, which in turn will enhance learner’s proficiency in understanding the language and in producing word play themselves if needed. Word play in daily communication is common and encourage learners to experiment with the language, test their vocabularies and understanding of language rules, adapt to authentic use of target language and achieve native level fluency. Learners will learn how to use the language for recreational and social purposes, not just utilitarian purposes.

Here is a suggestion on how teacher and learners can include TV commercials in their Chinese lessons. Choose a TV commercial with a theme to discuss. Learners must engage in active listening and viewing. Discussion points can be about the product slogan, the main selling points, the language and cultural similarities and differences noticed, body language, culture-specific paralanguage, market similarities and differences, and so on. Teachers can choose different commercials to suit different levels of learners. Teachers can also use the same commercials for different levels of learners but focus on different linguistic and cultural elements. Some commercials are longer in duration and contain more verbal messages, which is ideal for learning Chinese, such as the one below. 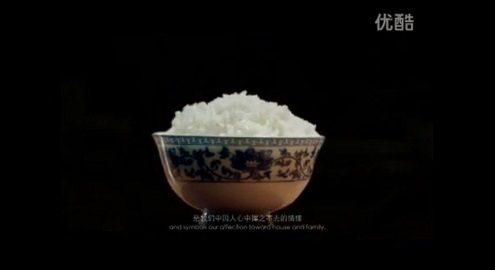