Kanji is a Japanese writing system derived from Chinese characters before hiragana and katakana were introduced in the Japanese language. There are more than 10,000 kanji and knowledge of 2,000 most frequently used kanji would enable 99% comprehension of written texts, which is the equivalent of kanji knowledge of a Japanese high school graduate. These commonly used kanji is known as Joyo kanji.

Like Chinese characters, kanji is composed of components, the smallest meaningful unit that a kanji can be broken into. One of these components is the radical or bushu in Japanese. Knowledge of bushu is important because it lends meaning to the kanji and helps when searching for a word in Japanese dictionary. Altogether there are 214 kanji radicals which are divided into seven groups based on their position within a kanji. The top 10 most frequently used radicals are found in 34% of the 2000 basic kanji. The radical sanzui is used most frequently.

Kanji has two different types of reading: onyomi and kunyomi. Onyomi is based on Chinese pronunciation while kunyomi is based on Japanese pronunciation. Typically, each kanji has one onyomi and one kunyomi. Some kanji may only have onyomi and no kunyomi. Some may have two onyomi like the example below. The only way to know how to pronounce kanji in different contexts is by memorising them. Onyomi is found in compound words with other kanji whereas kunyomi is found in native Japanese words often paired with hiragana.

There are four types of kanji based on their formation.

Traditionally, learners of Japanese language learn kanji through learning the stroke order and writing the kanji repeatedly following the correct stroke order, the same system used by Japanese native speakers. Repeated writing is the most commonly used method to learn kanji and the use of flashcards is most preferred by beginner Japanese learners (Okita, 1995). Some academics believe that learning the stroke order is critical in deciphering the meaning of the kanji and its associated pronunciation.

Recent methodology includes the use of mnemonics to help learning kanji. Mnemonics is a learning strategy that uses associations to assist in remembering something. Research shows that learners learn kanji more effectively when presented with mnemonic strategy than without. Using mnemonics to learn kanji benefits beginner learners much more than advanced learners. There are many different types of mnemonics but image mnemonics and connection mnemonics are the ones most frequently used.

Despite its usefulness, mnemonic strategy has its limitations: 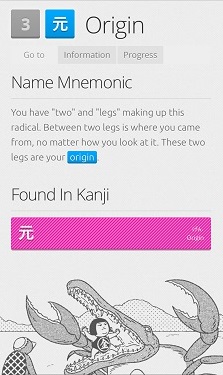 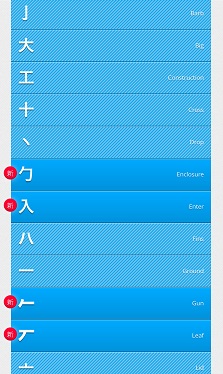 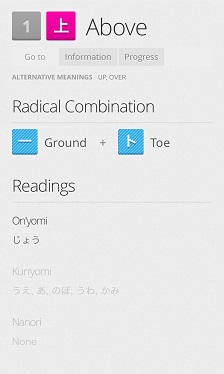 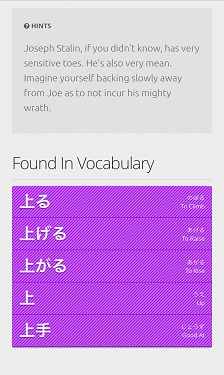 The textbook Genki also has a kanji learning app. Unlike Wanikani, it does not create mnemonic based on the radicals. Compare the mnemonics of a similar kanji used by these two apps. The Genki Kanji learning app includes mnemonic hint but not the reading hint. However, it includes stroke order animation for each kanji and a check if the kanji is already learned. 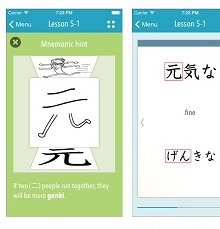 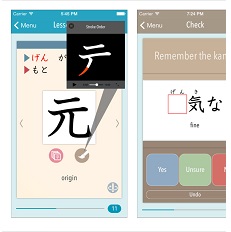 Another excellent kanji learning web app is Kanji Alive and it is completely free. It provides mnemonic hint, stroke order animation, examples of vocabulary complete with pronunciation and English meanings, example sentences for context learning (opens on a new page), and the onyomi and kunyomi readings. It covers 1235 kanji, less than Wanikani’s 2000 kanji coverage, and it does not include reading mnemonic.

In order to use Kanji Alive, user has to enter a certain word, be it in English or Japanese. Users can also search by chapters in popular textbooks. The image below shows how to search for kanji introduced in Genki textbook chapter 3. Use this user guide to learn how to search. 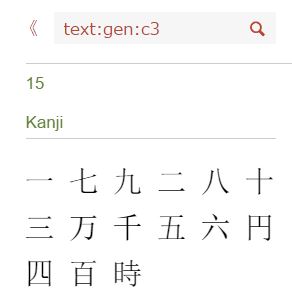 Other than stroke order and mnemonics, Sakai proposes a helpful method to learn kanji that includes context strategy. In his methodology, after imagery is provided to help learners remember the meaning and shape of kanji, a sentence that includes the learnt kanji is used to aid long-term retention. This sentence must provide meaning for the learnt kanji and be used for recital to help remembering the sound of the kanji.

Rote learning through repetition, drill and practice, remains to be the most popular method among teachers and learners alike to learn Japanese including kanji. It is also common for learners to combine several methods for learning kanji, which makes it difficult to investigate which method is the most effective for kanji acquisition.

Survival Japanese: How To Eat Like A Local In Japan
error: Content is protected !!
Scroll to top