Survival Japanese: How To Eat Like A Local In Japan

For many travelers, Japanese food is very enticing and delicious, especially among health conscious gourmets. Each district in Japan has their own specialty so you may want to sample local cuisine unique to that district while visiting. For instance, Hiroshima is the best place for okonomiyaki (お好み焼き/Japanese savoury pancake), Osaka for takoyaki (たこ焼き/ball-shaped Japanese snack made of batter and octopus), Tokyo for monjayaki (もんじゃ焼き/vegetable pancake), Hokkaido for fresh fish and sea food, and Kyoto for tofu dishes.

While traveling in Japan, going out to eat various kinds of local cuisine and having unique cultural experiences will definitely be one of the most memorable takeaways from your trip. Hence, in this post, I would like to share my experiences with you eating at yatai (屋台) and oden-ya (おでん屋). I also include a section of Japanese lessons containing useful expressions for ordering food.

Seasonal places to eat in Japan

Japanese food culture varies from season to season. Here are two places I would like to introduce you to: yatai in summer time (and to a lesser extent in winter) and oden-ya in winter time. 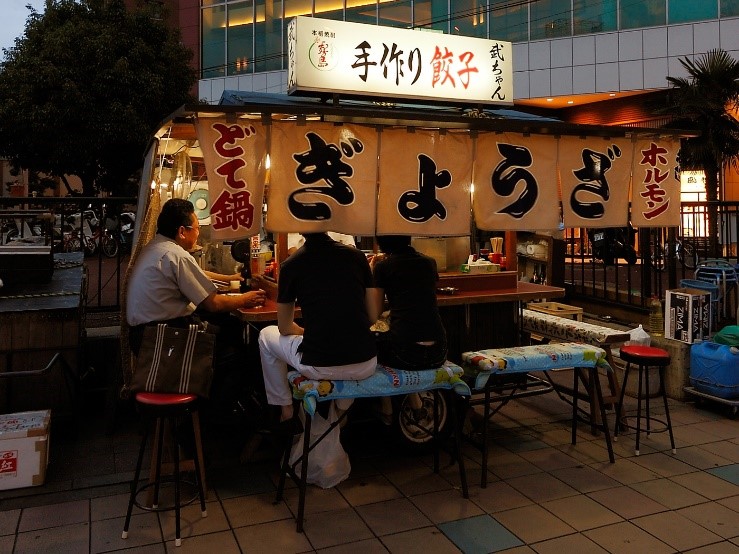 Yatai (屋台) is an outdoor food cart that cooks and sells street food. Each yatai specialises in one meal, such as ramen, because of their limited cooking space. Click on the image above to see the video.

Personally, I love to stop at a yatai and have ramen (ラーメン) after drinking at an izakaya (居酒屋 /Japanese pub). These yatai normally have a small table space and chairs in front of the kitchen space. You will find this type of yatai all year round on the street. 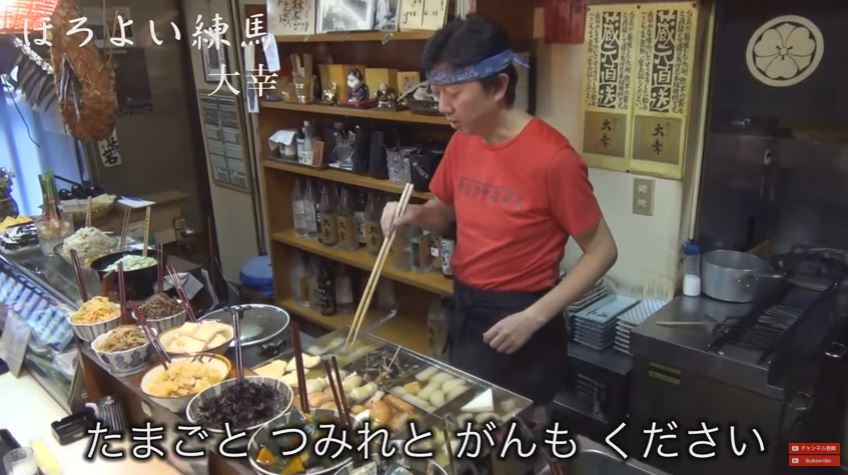 Oden-ya (おでん屋) specialises in oden (おでん), a hot pot type of dish which Japanese people eat traditionally in winter time. You can eat oden at restaurants, izakaya, and also some yatai.

Broth and ingredients vary slightly depending on the regions. In the Kanto region (the eastern district including Tokyo), where I come from, hampen (cod fish paste with yamaimo) is a must in oden, whereas for people from Kansai region (the western region including Osaka), whale skin called “koro” and octopus legs seem to be common ingredients. I especially like daikon, which has been simmered for several hours in dashi broth.

In my opinion, oden really goes well with atsukan (あつかん/heated sake). When you have both of those, your body is warmed from the inside! When I see the steam coming out of the oden cooking pot, I cannot help stopping by and having some during the cold and dry winter. My favorite oden-ya has tables with hori-gotatsu (掘り炬燵/Japanese style table with electric feet heaters in recessed areas below the table). If you are after a special winter time experience, having oden with your feet warmed in hori-gotatsu would definitely be my recommendation.

① Expressions that you will hear in restaurants

Now, it is time for you to practice your Japanese. You will probably hear these phrases uttered by the waiters/waitresses. These phrases are polite language. In Japan, people working in the service industry speak polite language to their customers. 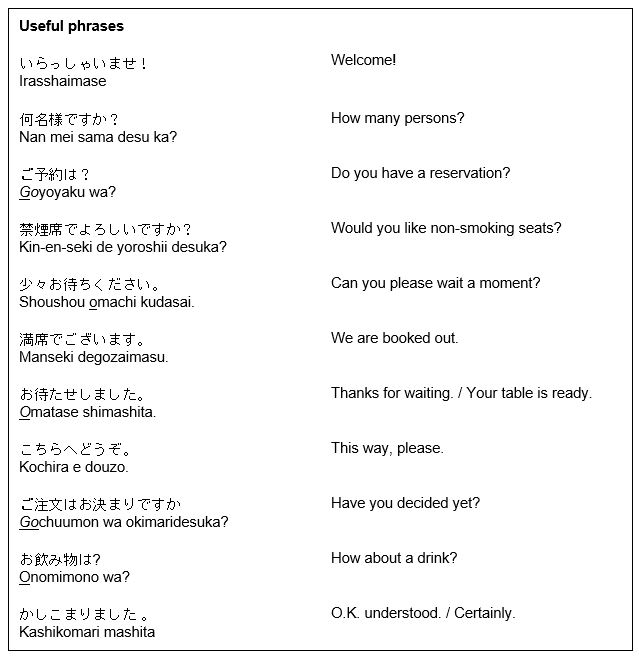 If you observe other Japanese speaking customers in the shop carefully, you will pick up that they are saying “Itadaki masu” (いただきます) before they start the meal, then “Gochisou sama (ごちそうさま) to the staff when they leave the shop.

Once you are seated and ready to order, you can use the following expressions 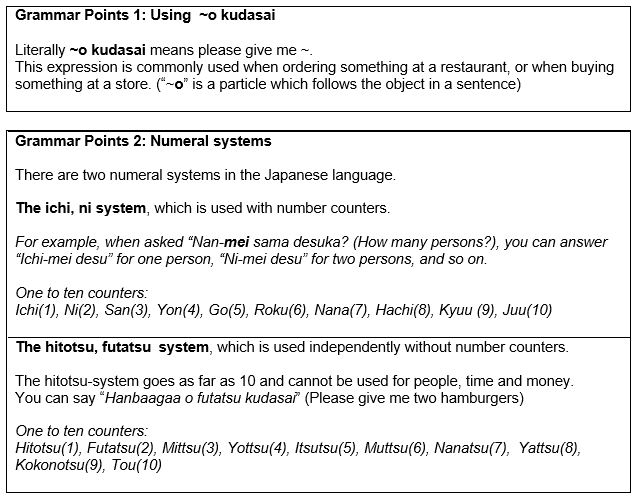 Here is a dialogue between a waiter (W) and a customer (C). Please play the part of the customer. 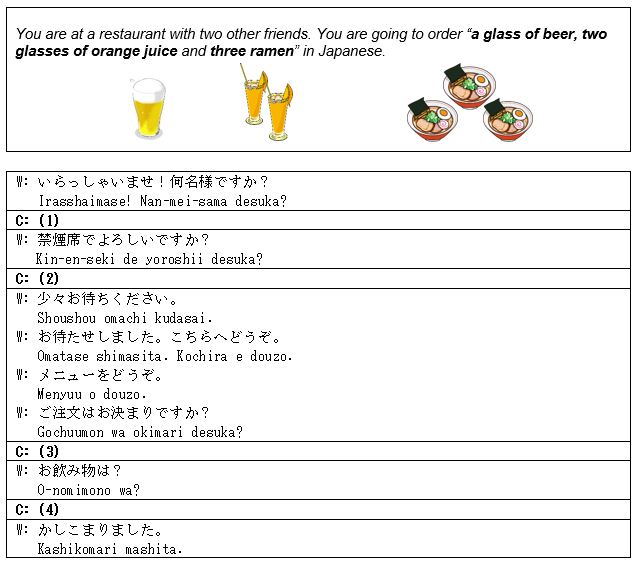 This is all for eating like a local in Japan. Stay tuned for more articles to learn about Japanese language, culture, and local tips in the Survival Japanese series.

Learn some Japanese before your next trip to Japan with our short courses.

A Guide In Using Movies To Learn Japanese
error: Content is protected !!
Scroll to top