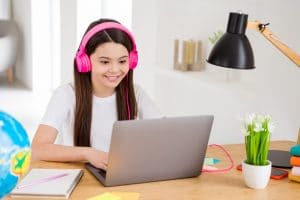 Seollal, the Korean New Year, is one of the two most important annual celebrations for Koreans. On this special day, children wear hanbok, traditional Korean clothing, eat special food made for the New Year, pay respect to the elderly and ancestors, play traditional games, and receive pocket money.

During Seollal, children eat traditional Korean food such as rice cakes, rice cake soup, and dumplings covered with sesame seeds. These are symbolic food that are believed to bring good luck. The rice cakes (tteok) bring peace, the rice cake soup (ddeokguk) brings prosperity, the dumplings (mandu) with sesame seeds bring longevity. There are many different kinds of rice cakes and they are named differently based on their shapes and fillings. One of them which is a half-moon shaped rice cake is called songpyeon. Special food are also offered to one’s ancestors on a memorial rite called charye. These food are laid out on a special altar called jesa.

Families will prepare gift hampers for relatives. These gifts could be fresh fruits, traditional sweets, even toiletries. It is also customary for adults to give money to their parents and children. Children also receive cash gifts from their elders, such as their grandparents, uncles and aunts. The New Year’s cash gift is called sebaetdon and is placed in a lucky pouch called bokjumeoni. Before receiving the gift, children will perform sebae, a deep bow to their elders to show respect. When children grow up into adults, they are expected to return the favor and gift their parents and parent-in-law cash gifts on Seollal.

A popular Korean folk songs celebrating Seollal is the Magpie’s New Year or in Korean kkachikkachi seollal. In this music video, you can see the traditional games played during Seollal and traditional jackets jeogori.

To discover more about Seollal, pick up Aran Kim’s picture book Tomorrow Is New Year’s Day: Seollal, a Korean Celebration of the Lunar New Year, where you’ll learn how to make your own paper money pouch. You can also sign up for Korean classes with ALS to learn more about interesting Korean traditions and language.