Cloud Bread was first published in 2004 and since then has received much international acclaim, from winning the 2005 Illustration of the Year at the Bologna International Children’s Book Fair to the author Baek Hee-na winning the Astrid Lindgren Prize, known as the Nobel Prize for Children’s Books, in 2020.

The story is about two kittens who found a piece of cloud one rainy morning. They brought the cloud to their mother who baked it into bread. After eating the baked cloud bread, the characters (Mother Cat, Father Cat, and their two children) floated and flew in the air like pieces of clouds.

This delightful story has been made into an animation series. 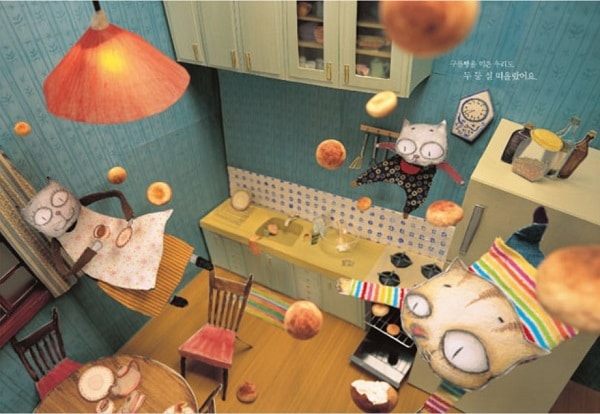 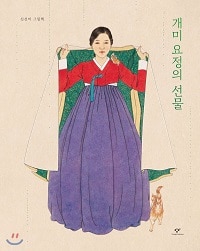 Young readers will be delighted by the bold and refreshing illustrations of watermelons in this Korean children’s book, much like eating cool watermelons in a hot summer day. Feasting the eyes on the predominantly green-and-red coloring of the book, children will be immersed in a fantasy of swimming in a giant watermelon pool and making a watermelon-man. A cooling book for summer! 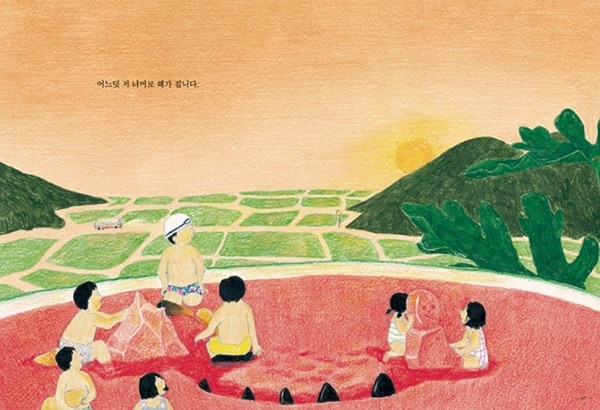 The book tells the story of the many works people do before food reaches the table and introduces children to the kind of food consumed by Korean and where the food comes from, such as cabbage for kimchi, rice and tofu. This book will teach children to appreciate their daily meals. 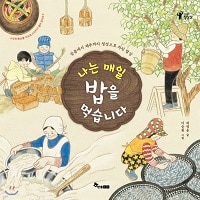 Vividly illustrated, this book that depicts the daily conflicts between a mother and her child. The mother angry after finding her child drawing on the wall, the child confused by her mother anger. In essence, the author wants to convey the motherly love that every mother has for her child despite the conflicting, angry remarks that the child hears every now and then.

The story tells the joy of a younger brother playing with his older sisters. It is rich with historical illustrations of the kind of live children had in the Joseon Dynasty, the clothes boys and girls wore during that time, their hairstyles and the games they played. 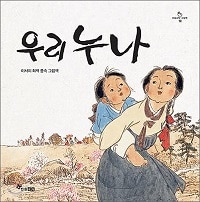 Songi, home alone as her mother is away visiting their ill grandmother, drew a circle, a triangle, a square, and a banana moon on her room’s glass window. Thus, began the magical journey into a child’s imaginary world as the banana moon transformed into an umbrella, a ship, a swing, a leaf and other banana-moon creatures who accompanied Songi in many of her yellow-filled, banana-themed adventures. Fans of bananas, you do not want to miss this one! 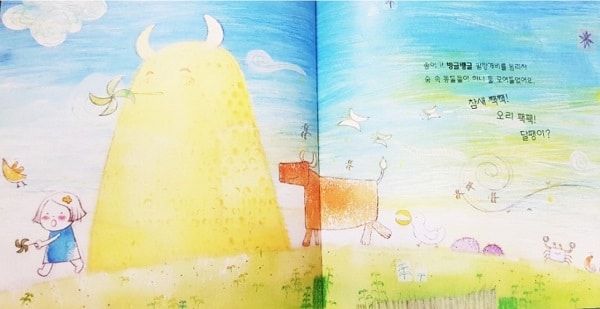 The story of a dog Gong-yi who was sent to live with Dong-dong’ family and become Dong-dong’s friend, a lonely five-year-old boy. Everyday he dutifully took care of Dong-dong, despite missing his own family, and did his best to protect and care for his new adopted family. 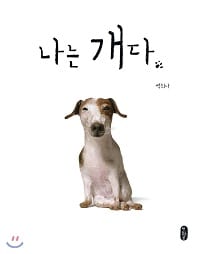 Sleep, a character made of glutinous rice cake powder, is children’s sleeping friend. This book will persuade children to go to bed so that they can meet their friend Sleep, who carries with it a bag of dreams to share with children, and that they can continue playing and having fun with their Sleeping Friend even when they are sleeping. 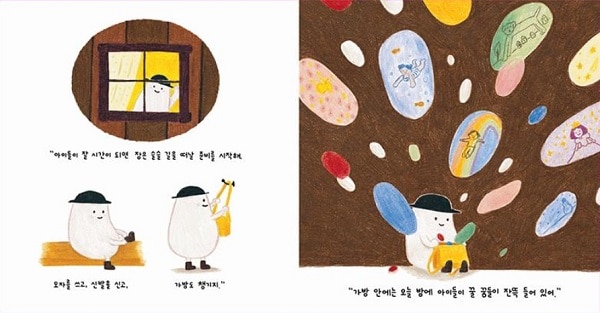 This book tells the story of a child’s waiting and anticipating to play with his Dad. 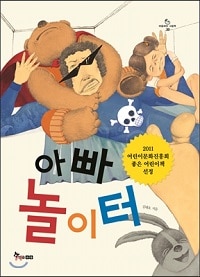