Simple, Effective Strategies You Can Adopt To Master Chinese Characters

The Challenges Faced By English-Speaking Learners 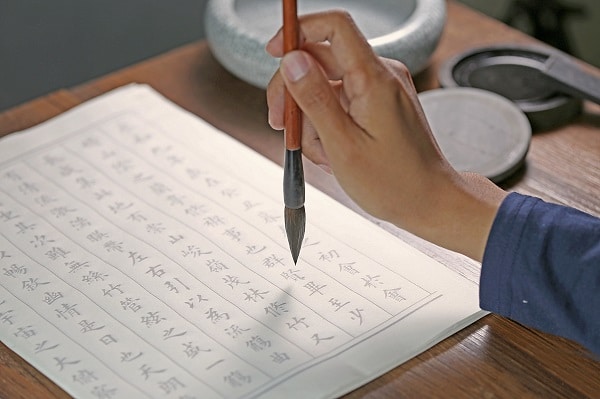 Chinese language is an unfamiliar territory for many whose first language use an alphabetic system such as English. Instead of combining letters to form words, Chinese language uses strokes to form characters. The commonly used Chinese characters alone contain 3000 words. Not only that, Chinese is also a tonal language with four different tones, commonly marked with accent marks, and when unmarked represents the neutral tone. The accent marks are only available when using PinYin to represent the pronunciation. The word shi for instance, can have different meanings depending on its tone. The first tone shī can be 诗(meaning poetry) or 湿(meaning wet) or 师(meaning teacher). The second tone shí can be 十(meaning ten) or 时(meaning time) or 实(meaning true). The third tone shǐ can be 史(meaning history) or 始(meaning to start) or 使(meaning to cause). The fourth tone shì can be 是(meaning yes) or 室(meaning room) or 事(meaning matter). In essence, there are many similar sounds with different meanings. As a matter of fact, a Chinese linguist in the 20th century Zhao Yuanren composed a 10-line classical Chinese poem titled 施氏食狮史using only the sound shi.

PinYin itself, although alphabetized, is not pronounced the same way as the alphabetic sounds. There are unfamiliar sounds such as u with an umlaut (ü) that sounds like a combination of i and u. Like all things unfamiliar, it can cause uncertainty and fear. Thus, knowing the challenges learners face is the first step in devising effective learning strategies that directly affect their language achievement.

Prof Ko-Yin Sung of Chinese Language Study from Utah State University conducted a research amongst non-heritage, non-Asian Chinese language learners and uncovered interesting results that may help future learners in forming an effective study plan. Her study revolves around the most frequently used Chinese character learning strategies and how those strategies affect the learners’ ability in understanding and producing the sound and the writing of the Chinese characters.

The study finds that among the top twenty most frequently used strategies, eight of them are related to when a character is first introduced to learners. These include:

The next six strategies are used to increase learners’ understanding of the newly introduced character.

However, learning strategies start to diminish beyond those two learning stages. There are only three strategies used in memorising newly learned character.

And there is only one strategy used in practising new characters.

And new characters are reviewed with these two strategies only.

Of the twenty strategies mentioned above, four are found to be most significant in increasing learner’s skills of speaking, listening, reading, and writing of the new characters. The four strategies are:

Study shows that recalling new characters learned improves learning retention and reinforces learning. One way to practice this is by using language apps such as The Intelligent Flashcards. This particular flashcard app is designed for the New Practical Chinese Reader textbooks, making it convenient to review characters based on chapters. Not only does it show stroke order animation, it is also accompanied by native speaker sound files, making this app so much more convenient that another app such as Anki. With Anki, although user can add personal notes on it, the sound file is not available and must be imported through another app.

Another important learning strategy to incorporate is observing how the characters are used in context. This can be done by observing real-life conversations to add to the textbook and audio files conversation. It is interesting to note that university students undertaking Chinese language course in the abovementioned research were reluctant to adopt the learning strategies recommended by the instructors, such as watching Chinese TV shows or listening Chinese songs. There could be many reasons for this. The style of the shows or songs may not appeal to the learners. Access to this program is not as convenient. And even if the shows could be accessed online, rarely are they subtitled either in both Chinese and English which would make the shows more helpful to beginner learners in acquiring the language. Also, most of the very popular Chinese TV shows fall into the historical genre, which is a favourite among the Chinese, such as The Empress of China. However, the language spoken in this type of TV show is much more complex than the contemporary spoken Chinese.

Having regular inputs from the language you are learning outside classroom hours is important to your progress. Try to find a program that suits your interests. It is a good idea to follow a schedule that allows you to receive such language inputs. Online you can access contemporary shows such as Chinese Idol (like American Idol) subtitled in Chinese characters, and Dad Where Are We Going? (subtitled in English and Chinese), a very popular show in China featuring celebrity Dads and their kids on traveling adventures. SBS Two in Australia, for instance, broadcasts a very popular Chinese dating show If You Are The One weekly with English subtitles. The show regularly features Chinese speaking participants from America, Europe, and other Asian countries. The show can also be watched online via SBS website. SBS Radio also broadcast daily Chinese news for 2 hours. There are also many other Chinese films with English subtitles featured on SBS Movies, as well as documentaries on various topics to choose from, all in Chinese with English subtitles. And then the numerous Chinese radio apps available nowadays. Routines such as these, when incorporated into learners’ Chinese lessons plan, will facilitate speedy Chinese language acquisition.

Another rarely utilised strategy to enhance learner’s Chinese language skills is to practice with the native speakers. In a typical classroom setting, the instructor is the only native speaker who needs to cater to ten to twenty students in a classroom. Naturally, the opportunity for learners to speak Chinese is very limited. Learners should find opportunities to immerse themselves in an environment where they can make good use of their Chinese language skills. Learners should also try to express themselves as much as possible in the language being learned, for example, by writing a journal in Chinese, sending messages in Chinese, even in just a few words or phrases. Even though there are more than 50,000 Chinese characters (may vary based on dictionaries), there are less than 3000 most frequently used Chinese characters. By understanding 1000 of them, learners will be able to comprehend 80% of communication. Add 1000 more characters, and you will increase your comprehension to 90%. And if you add 500 more characters specific to your circumstances, you will be qualified as an advanced learner. That’s just about the number of characters needed to pass the highest level of Chinese language proficiency test. Make practice outside classroom hours a habit and your second language skills will experience immense improvement.

See also Introduction To The Writing of Chinese Characters.